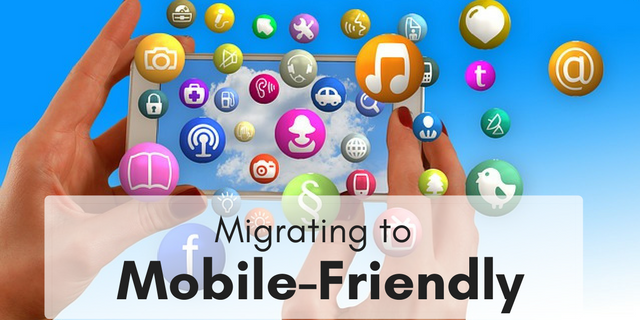 The Googleverse is an ever-changing entity, as it constantly shapeshifts to align with recent demands and trends. Their shapeshifting prowess typically comes in the form of algorithm updates, changes to Google’s search functionalities that dictate how the search engine will pull up and populate results. In March, Google announced its most recent algorithm update for mobile-friendly indexing, stating that the first large-scale rollout of this feature will be taking place. Google made the initial announcement back in October, at which point only a limited number of sites were impacted. It was Google’s plan to slowly roll out their mobile-first index plan, which brings us to now.

So, what is mobile-first indexing anyway?

I’m glad you asked, because it is by no means simple. However, we’re going to do our best to make it so. Mobile-first indexing means that Google will prioritize the mobile version of websites for indexing and ranking. Previously, the desktop version of a website was primarily used for this purpose, but as the number of mobile users rises, Google aims to accommodate their preferences. Therefore, the Google crawlers will always index the mobile version of a website first, and if such a mobile version does not exist, that is when it will index the desktop version. You may be thinking to yourself now that a “crawler” is not exactly the kind of sophisticated term you envisioned for this kind of work, but in fact, crawlers are advanced programs implemented by Google that scan billions of web pages to assess for relevance and indexing. As a result, users that check their traffic logs via Google Analytics will now see more results from Googlebot Smartphone, the new crawler for smartphone content.

While it sounds like Google will be shoving desktop versions to the side, their team of developers assures it is not so. Websites with a desktop-only version will still populate in the results, but are less likely to rank highly for relevance. Meanwhile, websites with a mobile-responsive design and canonical AMPs (also known as Accelerated Mobile Pages, a Google framework for creating fast-loading mobile pages) should not be significantly impacted. Don’t be fooled into thinking that mobile-responsive and mobile-friendly mean the same thing, however. Mobile-friendly websites will still benefit the most, as these are sites that have been optimized for the mobile experience, designed specifically for SEO by simplifying the mobile design so that keywords are not buried in drop-downs and across hidden web pages. Meanwhile, mobile-responsive mainly means that your existing desktop website is adaptable to various screen sizes.

While for some this update may seem premature, it comes at a more pertinent time than ever. According to a 2017 Stone Temple study, 55% of all online traffic comes from mobile devices. This number only continues to rise as time goes on, and significantly impacts how users spend their money too. As of 2015, smartphone conversion rates are up 64% compared to desktop conversion rates, as per a report from socPub. What’s more, word-of-mouth references that so many business rely on could suffer too. The same report from socPub states that 57% of users won’t even recommend a business with a poorly designed mobile site. These mere facts alone scream “get with the times!” more than anything. In the age of increased mobile traffic, mobile-responsiveness is the minimum websites should shoot for. This is particularly due to the fact that even desktop users will be exposed to the mobile-first indexing results also.

How do I know if I’ll be impacted?

The simplest way to see if your site will be impacted by the new update is to check your Google Search Console for a notification or to run your URL through Google’s mobile-friendly test. However, it is also best to conduct your own assessment by checking to make sure your website meets Google’s criteria on the best practices for mobile-first indexing. If you strictly have a desktop version of your website, the answer is fairly self-explanatory: make efforts to go mobile-friendly by contacting your web developer. Nonetheless, if you already have a mobile-friendly or mobile-responsive site, don’t be too hasty in deciding you’re in the clear.

If your mobile website is poorly impacted by the new algorithm update, check for relevance. Your mobile website may still be getting buried as a result of the mobile-first indexing because Google doesn’t deem the content relevant. Note that relevance is not synonymous with quality here, however. You could have a high quality mobile website that is simply not ranking highly due to flukes in your SEO. This is where implementing the correct keywords is crucial.

Okay, what’s the next step?

If your website is already mobile-friendly, don’t call it quits. Make all efforts possible to boost your mobile rank. There are two primary things to check for when doing this:

#1) Match your mobile site as much as possible to your desktop site. Both should contain valuable content and be similar in the text, images, and even videos they contain. Note that this does not mean mobile versions should display every bit of the same content as desktop versions, just that you should determine what the most relevant and valuable pieces you want displayed are.

#2) Don’t bury content in a series of menus/tabs. Although this will probably fly on your desktop site, your rankings will drop in the mobile-first indexing process if your mobile site is hiding content that is valuable to your site’s relevance.

If you’re still hesitant to go mobile-friendly despite all the aforementioned factors, remember that the future is only becoming more smartphone-oriented. A study by Zenith predicts that 75% of global internet use will be mobile by the end of 2018. This statistic shouldn’t be too alarming, considering we can easily witness these mobile-oriented habits in ourselves. Based on that statistic, nearly three-quarters of you reading this blog probably conduct most of your searches on your smartphone. Not surprising, considering most busy professionals don’t particularly have the time or resources to carry a laptop or desktop with them at all times. Educating yourself about this recent announcement could be immensely advantageous, and users should look at this as an opportunity to get a head-start on the mobile-friendly craze. After all, since we’ve confirmed the Googleverse is always changing, why not change alongside it?