Understanding Ad Campaigns When Your Tracking Data Is Off 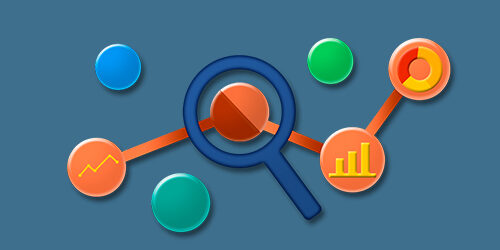 Since the dawn of the digital age, companies have been striving for better ways to track advertising efforts, particularly the way dollars equate to returns from those efforts. As marketers and advertisers, we track anything we can get a pixel on, from clicks to conversions. And we pay special attention to KPI’s which correlate with profit, which include: Revenue, ROAS (Return on Ad Spend) and CPA type metrics.

Some events, such as an “add-to-cart” and purchase values, can be tracked on your website no matter the source of the visit, whereas ROAS and CPA (conversion cost) metrics imply an advertising cost involved (meaning they’re often attributed to places you’ve spent advertising dollars, such as Adwords & Facebook).

But no matter where the traffic or sales come from, there always seems to be a problem with how accurate the data actually is! And with good reason; it’s virtually impossible to get 100% accuracy in reporting metrics of any kind.

With so many ways for the data to be off, we’ll try and shore up some understanding as to what could be going on and some things you can do to fix it.

With signup and quote forms being so useful in tracking leads, it’s no surprise that listing a direct email on a website as a primary call-to-action has become a thing of the past. Despite this, however, many advertisers will still list direct emails somewhere on their site, even if they have a form as a primary CTA.

Phone calls are notoriously the hardest things to track since the transaction is not technically happening online. It’s happening over the phone, which has traditionally had a total disconnect from any digital tracking. For over a decade, there have been third party call-tracking services, but they tended to be very expensive and the reporting produced was often not granular enough to track keyword-level settings.

Even if you could get call tracking, it was usually pretty difficult to get any usable data due to restrictive timeframes. The way these software companies would offer this level of tracking without having to own millions of phone numbers would be to rotate out phone numbers from a pool every 12-24 hours. This meant that you were only getting reporting if someone actually called within that time frame.

Nowadays, Google provides Website Call Tracking, which dynamically changes the phone number on your website if it sees that the visitor came from an Adwords ad. It provides no reporting from other sources, but if the bulk of your ad spend comes from Adwords,, this becomes a very attractive option. Also, the numbers last for 6 month, so if your customer decides they would call you again after 5 months, the phone number will still work!

Similar to Website Call Tracking, Google offers something called Call Extensions, where you see the phone number in the ad itself. It’s popularity amongst local emergency-type services is fully warranted, especially if all the phone calls have similar average values. For instance, if you are a garage door repair person, you could set up a Call Extension and then only pay when someone calls the Google number on your ad.

This type of tracking is not practical for businesses that have customers who would need to see the website first before calling, but if you are a DUI lawyer, a locksmith, a plumber, or are in a similar “emergency” industry, adding these to your ads would provide a lot of insight to which keywords and ads are driving phone calls. Most importantly, you can get a firm grasp on how your ad dollars are working in your account.

Although this has gotten much easier over the years, there are still a great number of eCommerce advertisers who are not correctly tracking eCommerce events within Google Analytics. This is usually because eCommerce tracking requires a separate script which sometimes needs to be modified to pull in specific transaction data such as the items purchased or a transaction amount.

Many open-source and hosted shopping cart providers have streamlined the integration of ecommerce tracking. Most are set to only use the Account ID from Google Tag Manager or Universal Analytics. The parameters that extract the transaction details are already built into the cart platform and are then sent to Google.

Bing and Facebook also use their own eCommerce scripts to drive report purchase data from transactions.

A discrepancy in the data is different than “flying blind” in that you are typically working with some data already; the numbers just don’t seem to be adding up correctly. Here are a few of the most common themes around data tracking discrepancies.

I think most advertisers have given up trying to get the data from Adwords and Analytics to match. As long as the session and clicks are reasonably close, then it’s probably close enough! But if you have ever wondered why Sessions are Clicks always differ, there are a few reasons.

First, it’s important to know that clicks are one-time events that occur when someone clicks once on an ad, while a session occurs over the entire duration of a visit. So if your customer clicks your ad multiple times, clicks on an ad initially but comes back directly, or doesn’t wait for the page to load fully, you will see a discrepancy between Clicks and Sessions. Also, if Adwords reports “invalid clicks” you will likely have those clicks filtered from Adwords, but the session will still be reported in Google Analytics.

Another area of discrepancy between Adwords and Analytics is on the topic of revenue and how it is reported. Analytics reports revenue as Revenue while Adwords uses the metric called Total Conversion Value. The key difference is that Revenue is always revenue whereas Total Conversion Value can be revenue (if that data is pulled in from Google Analytics) or it can also be an assigned value which is the same for every type of conversion.

Neither is better or worse. It’s all about whether they are used together or independently. Setting up the Auto-Tagging feature in Adwords is great if you want this data to match, as revenue data can then be piped in from Analytics to display in Adwords.

Troubleshooting HTTPS and tracking in GA

One of the big themes of the internet this year are cyberattacks and the move toward SSL encryption on all hosted websites. Many online businesses have already migrated to the HTTPS protocol. During that migration, there have to be changes made within Analytics to specify HTTPS from HTTP. Not doing so could cause a discrepancy.

To make this change, log into Google Analytics, go to Admin>Property Settings and change the protocol under Default URL.

Another common issue to surface around the change is when advertisers forget to point their ads to the new protocol HTTPS. In this case there is often a server-side redirect in place to send the visitor to the correct page, but because the session was redirected, it can lose some information (including the referred source). This discrepancy could show up in many ways, but usually you would notice traffic being attributed to the wrong source.

The last section pertains to inaccuracies in the reporting that are caused by looking at a limited view of the total reporting available. This happens all the time, mostly because by default, platforms are set to show a limited view. In the end, it’s up to us to dig deep enough into the reporting in order to see the entire picture.

By far, the hottest topic in pay per click advertising is attribution. Attribution is how we define where the conversion or event came from. By default, Google Adwords reports the Last Click which contributed to the event or sale. But often, PPC managers are interested in seeing the keywords and ads that drove the initial visit.

Looking at the larger picture, there could have been several keywords, ads, and campaigns that led to the conversion. With a greater emphasis on remarketing campaigns, we see that there can be several steps in the buying cycle. It is a mistake to view campaigns as a single linear path, when there is likely a much deeper story to each conversions. Attribution helps us to see this more clearly.

Other Models for Attribution

While you are getting familiar with your deeper Analytics reporting, it might be a good idea to take a look at Multi-Channel Funnels. This shows you the various paths someone has taken in each of your conversions. Don’t be surprised if you end up seeing a few of these…

This was not Photoshopped! Only cropped. And it is a great reminder that no matter how we see our data, the picture is almost always bigger.

As good as it gets…

Reporting accurate data can seem as fruitless as reporting the weather sometimes. When you’re telling yourself that there is no point to digging deeper, know that there is a clearer picture when you when you cleanup the lack of tracking or discrepancies within the tracking. Then it’s just up to you to look in the right places so you can get the bigger picture of what is happening and how your site drives conversions and sales.

With all that said, know it’s never 100% accurate. Just do all the things listed above and you should be in much better shape to make key decisions in your advertising.