Google Is On The Move Again. Are You Coming? 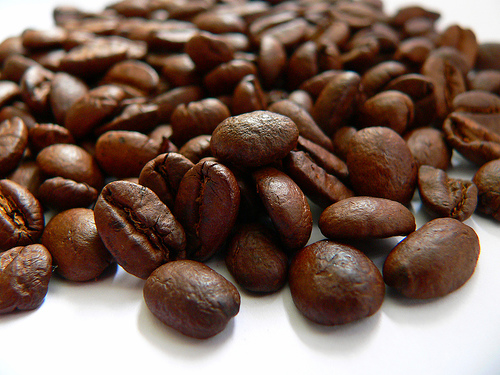 Google Caffeine and Google Merchant Center is Stirring Up the Pot for Advertisers.

When it comes to Google Search, it becomes increasingly obvious that it’s evolving faster than ever. Advertisers who make a living from either natural search or paid search (or both) are now being forced into evolving with it. If you haven’t done anything NEW with you search marketing in the last year or so, you’re probably in for a rude awakening. Google Caffeine 2010 and the new Adwords updates are basically what’s taking off and leaving lazy, conventional advertisers in the dust.

Caffeine is the name of Google’s new method of ranking websites that has been in beta since last summer and has been tested on at least one of their known datacenters on IP: 209.85.225.103 since then. With it, come some new changes in how Google prioritizes websites. This week, Google is said to be officially rolling out the new changes on a permanent level. At this time, we will be conducting thousands of keyword tests to update ourselves on what strategies we will take to leverage these changes.

Some research thus far has shown us where they might be focusing Caffeine ranking changes. Caffeine is said to give emphasis to longer tail keywords and those more specific on websites. Also, it will add more weight to news and social media results like Twitter and Facebook. Domain age will play a slightly higher roll in ranking and domain name pertaining matching keywords will take a different roll as well.

Hopefully advertisers will take these changes seriously and play ball instead of waiting behind the curve. Overall, it’s nothing to be scared of, just an opportunity to outshine competitors who will wait or are just ill-informed.

Google Adwords has not gone unbridled either. Adwords is Google’s money maker and they pay close attention on where search is going so they can stay on top of it. It is no surprise that much of their search development for sponsored ads is surround that of the mobile search, image search using mobile application such as Google Goggles, and Merchant Center which allows advertisers to use their product feeds to display product images in the sponsored links. Until recently, only some advertisers were invited to participate in this program, but we are seeing more and more links to product images every day.

Recently, we posted and blog piece talking about how Google Adwords had forced hyper competition on the first page of Google by showing inside Adwords accounts that advertisers who aren’t bidding enough aren’t serving ads. They have also made it increasingly hard for some to gain higher quality scores, despite their published criteria being above par.

Quality Score has traditionally been based on criteria advertisers could control easily. Now, it takes longer and to get around some of the unpublished criteria Google uses. Through our own betas and confirmed through reliable sources, Google is now relying on industry averages in conjunction with more traditional determinates. There will be more to come later on Quality Score.

For now, we have found ways to tackle these obstacles but it still doesn’t change Google from widening the barrier to entry for new advertisers. It will hurt more especially if you are being shut out of an industry you’ve been successful in for 5 years already.

Whether you are actually being kicked off that boat or if the boat is simply just leaving you behind, it’s time to jump on it. These types of updates present not just awareness, but an opportunity to join top advertisers before everyone else does; before everyone is on top again. Underdogs are welcome to play too.