You are here:
Bid ManagementPPC 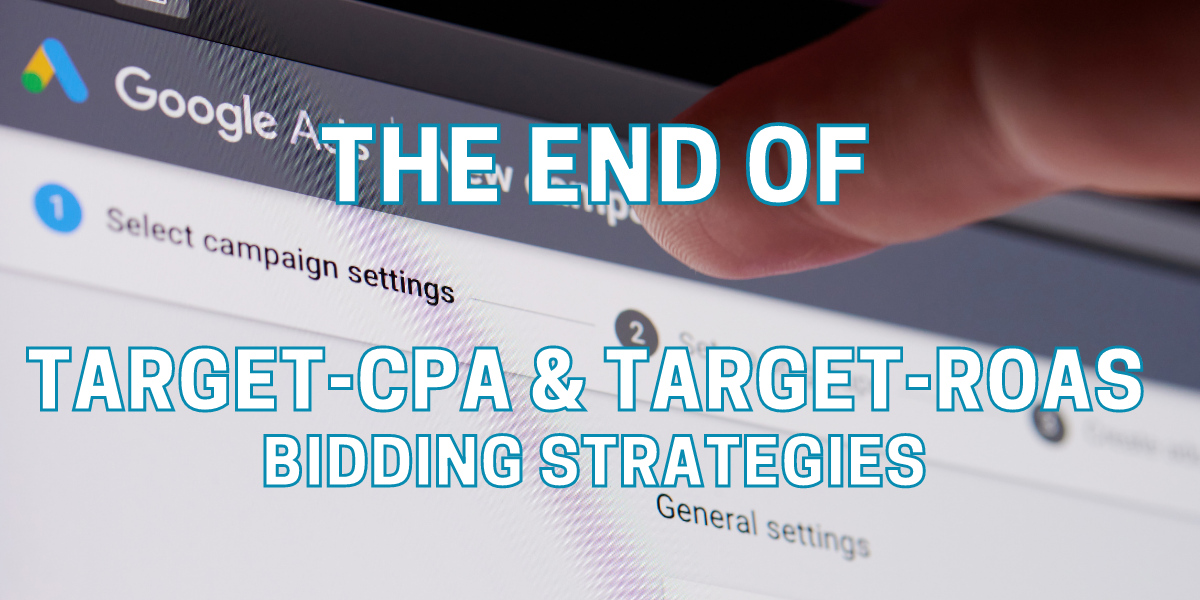 Before you panic upon glancing at the title, you should know we’re referencing standalone Target CPA (tCPA) and Target ROAS (tROAS) bidding strategies in Google Ads. In April, Google plans to retire these automated bidding strategies, but they’ll still exist… in a sense.

The update was originally announced rather nonchalantly in a routine API update blog post, suggesting that it’s a change that’s intended to have minimal impact. Truthfully, this is possibly the case, but advertisers should still know how their campaigns will need to adjust.

Essentially, tCPA and tROAS will now exist under a different umbrella.

“Maximize Conversions and Maximize Conversion Value aren’t realistic bid strategies on their own anyways because they lack context,” says Carl Weber, Director of Paid Search at Conversion Giant. “Being able to utilize them alongside tCPA and tROAS will bring the campaigns more in line with overarching business goals.”

In other words, tCPA and tROAS will give these campaigns an added sense of direction.

Though currently the options to set these targets are still grayed out in Google Ads, they’ll likely become available in the coming weeks. Until the transition officially takes place, advertisers can still run standard tCPA and tROAS campaigns.

This change is Google’s attempt to help advertisers drive more targeted campaigns with higher conversions and lower CPAs. The idea is that these new settings will act as a guardrail of sorts, as previously the Maximize Conversion bidding strategies just aimed to get as many conversions as possible for your budget, which can result in higher CPAs and lower ROAS for advertisers as they increase their budgets.

Yet, some experts still suggest that using Maximize Conversion Value with a tCPA setting for limited-budget campaigns will require vigilance over the quality of conversions. Otherwise, Google will keep buying the next cheapest conversion until budget is spent, which could result in low-quality conversions.

A solution to this is to use an offline conversion import to show which conversions are of higher or lower value to you.

Making the transition in Google Ads

While we’ve pretty much addressed how you’ll need to set up these new campaigns, there are still a few other things to keep in mind — particularly where timing is concerned.

“I don’t expect any long-term impact on campaign performance but advertisers should make adjustments during slower weeks,” Weber says.

Since campaign changes usually come with up to two weeks of volatility, it’s usually best to wait until a slower week for your business to make this shift. There will be some fluctuation in impression share initially, but it will balance out.

If your business’ busy season starts in mid-to-late April, then the best thing to do is shift these bidding strategies over as soon as the options are released. Weber also recommends staggering out the changes. Start with one or two campaigns first, wait until those balance out, and then reset the bidding strategies for the others gradually as well.

Google Ads has announced a number of updates in recent weeks, such as the phasing out of BMM. Though many of the recent ones have made marketers tug at their hair in frustration, this new change actually aims to help advertisers out.

Not only should it help them e-commerce businesses reach their more specific goals, but it should decrease the amount of time spent on bid management.