You are here:
BlogGeneral Business

I say “students” because even more experienced practitioners and teachers admit: they’re always learning. But both students and teachers of Brazilian Jiu Jitsu (BJJ) make for great CEOs, business owners, directors, salespeople, and marketers. It’s such a strange correlation to make. And why not say that it’s CEOs that make good Jiu Jitsu students? Frankly, it doesn’t matter how you say it. It’s the actions, traits and characteristics of the person that make them better in both business and the octagon!

The following are notable and positive attributes of BJJ students that make them good for business.

BJJ students know how much they don’t know. In business as well as in life, we tend to develop pride when we’ve mastered our craft. Deservingly so, we should appreciate the hard work we’ve applied to get this far but it’s important to remember: we’ve only mastered the parts that we are familiar with. There are so many other aspects we are not familiar with that dwarf the ones we are.

If we view ourselves simply as a master of something, then we must know all, and therefore don’t need to learn further. There are definitely things I’ve gotten good at in 12 years of sales and 8 as CEO of KSP. Some of the things I’ve been good at for a while…even before I started the company. But at no point in time could I say I’ve mastered sales or marketing. In fact, if I had, I would not be writing this today. My willingness to reach inside myself to improve on what some would say was not broken, was the very reason we’ve survived (and grown) in one of the most competitive industries in tech.

Are we done learning? Never. Reach inside yourself knowing there is so much more to learn. Do so and your world will be without limits. Always reinvent yourself. Respect and learn from others. 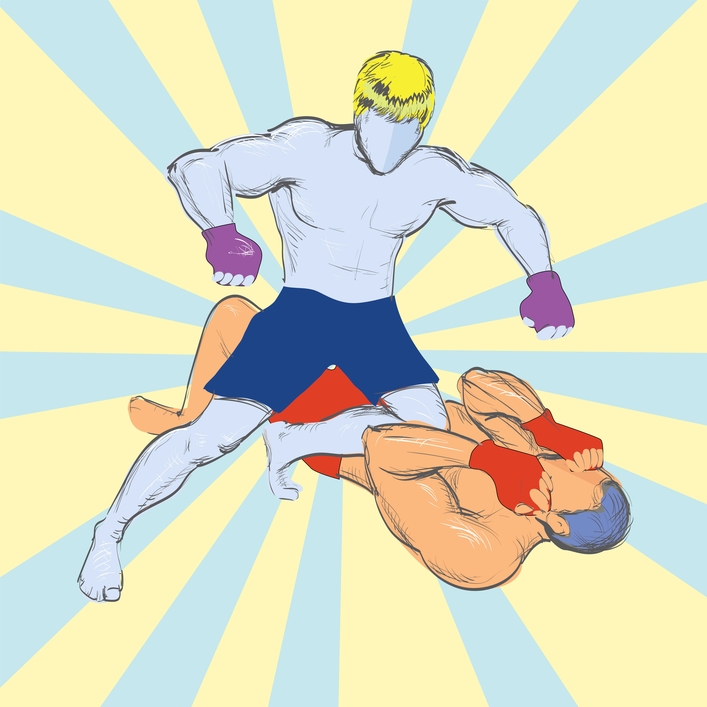 BJJ students conserve their energy in a fight. This doesn’t mean that they stop working. If they did, they’d lose the fight. They do relax though. You might not believe me if I told you that BJJ fighters actually try to stay as relaxed as possible. They do this because it helps them conserve their energy so they can last longer. If they go full throttle after the bell, even with great stamina, they proably won’t last very long. The same goes for CEOs. Except it’s called “burnout” in the business world. Staying relaxed and applying more calculated strategy over sheer action and physical labor makes work more enjoyable and aids to sustain your ability to last longer in it.

Another thing they do to conserve energy is to not try too many things at once. Applying a strategy one at a time is the only way to win. Sometimes strategies involve multiple movements and that’s okay but it’s a part of a single plan to accomplish that one thing. In business, focusing on too many directions overwhelms and, often times, causes paralysis. When you stretch yourself out trying to work on too many initiatives, all the initiatives suffer. It’s better to put more energy into fewer things to ensure they get done and done well.

BJJ students try new tactics and strategies when the circumstances change. This is something I learned from my sales and marketing background. Applying it to BJJ is only suiting. In BJJ, the person with the advantage can quickly find him or herself with the disadvantage. When that happens, it’s time to recalibrate.

Don’t be so stuck on doing things one way forever. It, by definition, is limiting yourself from moving forward. Professional marketers live and breathe this concept. Since marketing and advertising is just a series of experiments to see what works and what doesn’t. Once they know what works, they keep doing it until it doesn’t work anymore and then they move on.
I was told a long time ago that the person who is more willing to be flexible or bend in a situation holds the most potential for success. Rigidity is the devil. Keep reinventing the wheel. 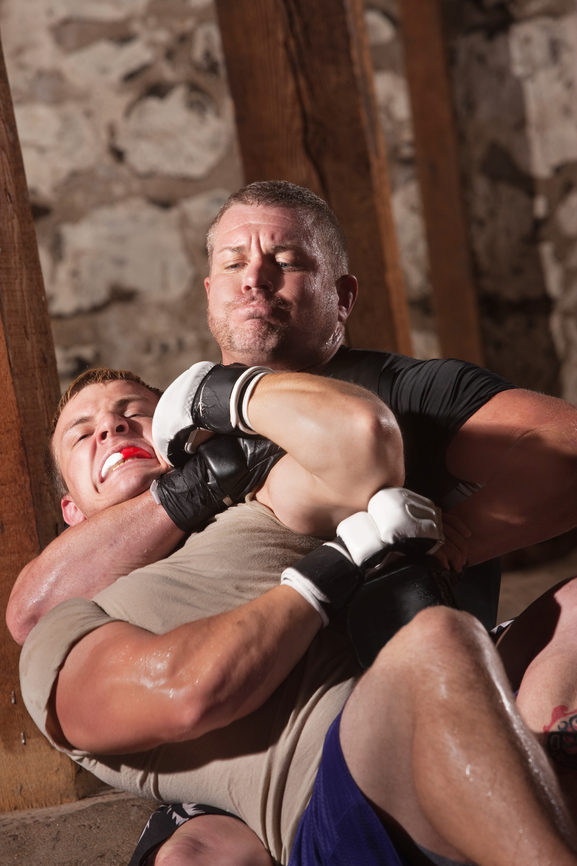 BJJ students know when they’ve lost and get (tap) out before they lose too much. This is a hard lesson to learn. Just as admitting you’ve lost or failed holds a bitter taste, a “quitter” is never something we want to call ourselves. Well, what happens when fighters don’t give up or tap out? They get hurt.

It’s the classic situation when it’s better to be a smarter fighter than a stronger one. In business, they call it “cutting losses” and knowing when to do it will save you time, headache, and a crapload of money. Sure, it sucks to invest time and money into something and have it not work out, but it doesn’t mean it won’t work in the future. It just means it’s not working now and it doesn’t make sense to continue the effort today. I’ll spare the cliche quotes about “failure.” You already know about Thomas Edison. Just know when you’re beat and work on the next project or go back to what was already working.

BJJ students understand that winning takes time (and lots of practice). I’ve seen so many people in my career that are looking to get rich overnight. They want to learn a new sales job but also they want to make 6 figures within a the first year. I would say there are opportunities out there where it’s possible but they aren’t easily up for grabs.

99.9% of opportunities that lead to wealth take time and patience. This goes for people in finance, real estate, insurance, entertainment, sports, and Jiu Jitsu. No one woke up and decided they were going to start a career in something and then made millions right there. It takes years of learning, and failing, and evolving, and failing again before you finally you look back at what you’ve done and say, “oh wow. I did it.”

BJJ students display confidence but leave the ego at home. I wish more people would do this. I talk to a lot of business owners and CEOs and some I wonder how they made it this far. Ego and confidence are often mistaken for each other. The reason why is because they both sound similar when it’s spoken. The difference is that confidence comes from wisdom. It’s knowing there is always someone better at “it” than you.

In BJJ, you learn very quickly how badass you aren’t. Even if you’re the best in your school, there is usually someone else not too far way that can kick you ass in BJJ. Even if you’re the world champ, it’s only a matter of time before someone (probably much younger and watches a lot more Youtube) steps up to take your belt. 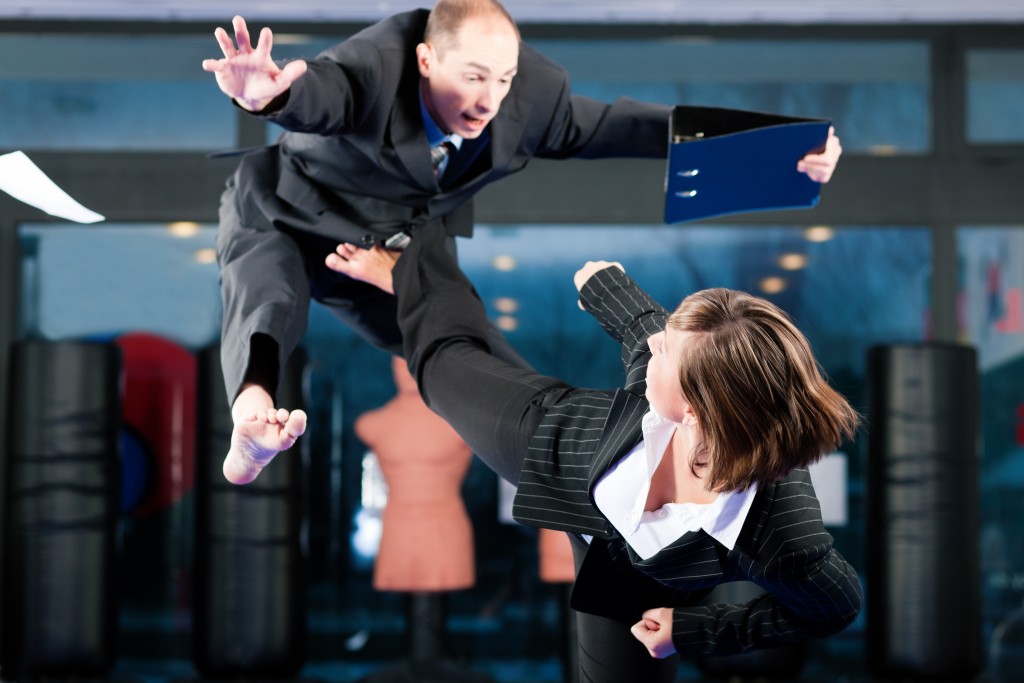 The final takeaway here is that more people will follow your confidence to fulfill your vision. Unfortunately, some people will follow your ego too, but most will see through that bullshit. Be confident but be aware of your shortcomings. Always aim for a better you. Don’t get cocky because it sucks that much more when you lose. And lastly, leave that ego at the door.